With the impending release of Windows 8, there is a lot of talk about what Microsoft is introducing in the new version. One of these features, the Start screen, has a lot of controversy surrounding it. While it is universally loved when used on a touchscreen, the Start screen has received largely negative reviews when used with a keyboard and mouse. 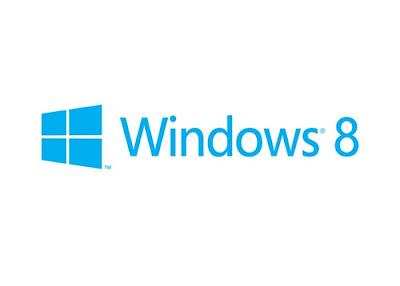 For the handful of you living under a rock, Windows 8 has done away with the Start menu. When you click the start button now, a new screen appears full of buttons and icons, which will vary depending on past behavior and what online services you have connected with your Windows account. For example, the Photos app in the Start screen will not only display pictures from your computer, but also from Microsoft’s SkyDrive service, Facebook, and other online sources you have signed into.

The Start screen will be your one stop shop for apps either built in or downloaded from Microsoft’s new storefront, and comparisons to Apple’s system with the iPhones and iPads are accurate. If you find trouble to use Windows 8 Start menu you can check How To Convert Windows 8 Start Menu To Windows 7.

That said, there are plenty of writers, reviewers, and tech industry insiders questioning Microsoft’s “one size fits all” approach when it comes to Windows 8. Many talk about the unfriendliness and difficulty the Start screen presents to the mouse, and much has been said about the fact that long time PC users, many of whom will be surprised by the changes when they get a Windows 8 machine, will have to essentially relearn how to do some basic tasks to get around their system. 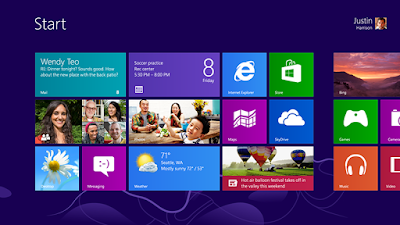 The vast majority of talk on the net has been overwhelmingly negative about the new Start screen, but there is a growing minority that has embraced the new screen or are, at the very least, saying it is not nearly as bad as it seems for keyboard and mouse users.

It is argued that, for one, unless you plan on heavily using the apps, the Start screen will only be up a small minority of the time you use your machine. It is there when you start up, and when you click on any of the “old style” programs on the screen the program opens and the Start screen closes, and when you minimize that program you are back in familiar territory. Opening up the Start screen to search for installed software not on your taskbar or desktop can be a bit jarring at first, but, like the people in the Before Time who were first introduced to the Start menu almost two decades ago, we will all get used to it.

Also Read: How To Tweak Windows 8 To Support Multiple Monitors

If you happen to be one of those people who absolutely detest the idea of another screen coming between you and your beautiful desktop at startup, there is hope. There are already a few guides out there on how to avoid the Start screen altogether. You can go into your registry and tweak a setting or two, and the Start screen will not open at startup. There is also a program out there that will also disable the Start screen at login, as well as disable a few other Windows 8 oddities some people find irritating.

A fear a few people have is that this Start screen, as well as the accompanying “metro” apps and Microsoft’s storefront, represent a shift which will ultimately result in the death of the desktop. Users on mobile devices will likely be comfortable spending most of their time in the Start screen environment, and even keyboard and mouse users will adopt some of the habits of Microsoft’s app interface since it is being shoved down their throats. Reports of big desktop manufacturers such as Dell and HP suffering also support this. In a world on the verge of going completely post-PC, could Microsoft be trying to prepare their users to switch to mobile devices? Could this be a preemptive way for Microsoft to get users into their app ecosystem before they are forced to get a tablet?

Regardless, people will be complaining about the Start screen for months or even years to come. Love it or hate it, the Start screen is likely representative of where Microsoft will be taking the Windows family in the long run.

Victor writes for several tech websites. He enjoys sharing reviews and impressions of newly released gadgets as well as software and games. He recommends Windows VPS as a reliable environment for using all sorts of commercial software.