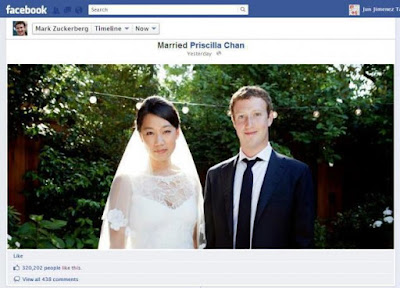 The guests thought that they were attending Priscilla’s graduation celebration but they got a huge surprise when they were told that it was their wedding day. The ceremony took place in Mark Zuckerberg’s house at Palo Alto, California on Saturday before approx 100 guests, including Facebook’s co Sheryl Sandberg. 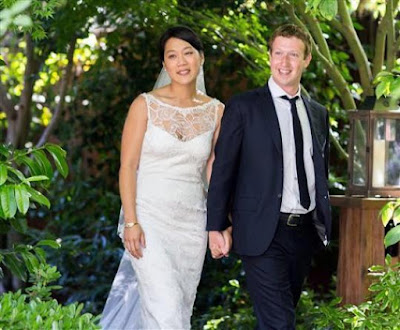 The timing of wedding was more connected to Priscilla’s medical school graduation than the IPO. She graduated on Monday, the same day Mark Zuckerberg turned to 28. What a special week for the couple!

Priscilla met Zuckerberg when the two were attending Harvard University. At the same time the whole concept of Facebook was going on, and from then they have been together ever since roughly nine years finally it results into an evergreen marriage & happily couple.

After marriage event, Mark Zuckerberg immediately changed his profile details from Single to Married on his official facebook profile.