Are you fan of action games? Heroes of 71: Shamsu Bahini is a new adventure & action android game. The game plot is to defend your motherland & fight till your last breathe. You just need to destroy all the attacks of the enemy and be a real hero. Here you can take advantage of different positions, covering fire and take cover. 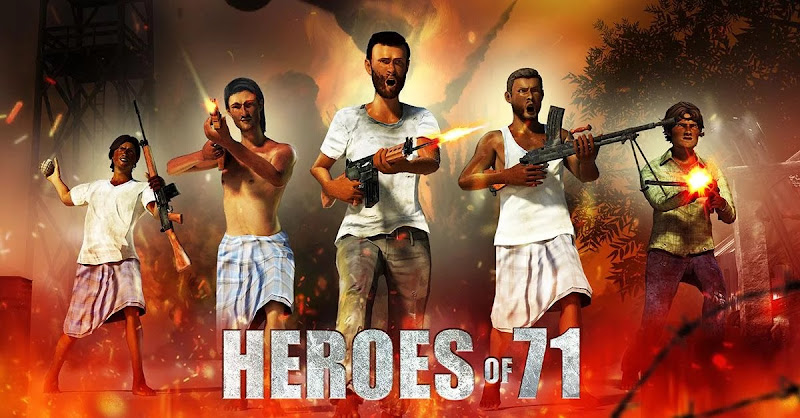 Heroes of 71 is a third person shooter game. The plot developed from the true nature of the Liberation War of Bangladesh in 1971. In this game, three heroes will fight against the enemy army with different static strategic positions and weapons. At first, the game will start to play with one of the heroes and will eventually unlock all three partners and weapons. 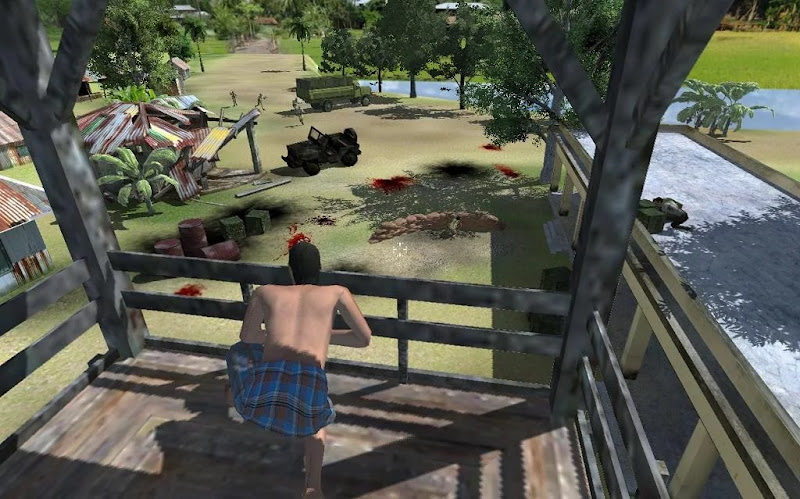 History of Heroes of 71:

Heroes of Bangladesh have achieved their freedom through nine months long bloodshed liberation war in 16 december 1971. In Heroes of 71, the common people of Bangladesh fought relentlessly without any training or arms against a highly trained Armed Force of Pakistan. This game is designed to portray the battles between the real war heroes of Bangladesh and enemy force. Freedom fighters (Mukti Bahini) became a dynamic people’s fighting force with civilians from all professions. The game depicts the heroic tale of one such guerilla group, Shamsu Bahini. The members of his group are Shamsu, Badi, Taposh, Sajal, Kabir. They are from different walks of life yet united in one group to protect the motherland against enemy. Their mission is to attack and capture enemy base near Shonir Char. By capturing and holding the base would allow the Mukti Bahini to break through the enemy force lines into mainland Barisal. Shonir Char, on the bank of river Madhumati, is the central point of the blitz-attack. The group attacked crossing the river to take full advantage of the element of surprise. The unprecedented attack takes the enemy regiment, with its base in a school building, off-guard. The watch-tower sentry with a heavy machine gun and patrolling ground forces fell helplessly to the combined action. With Shamsu’s order, Badi, a sharp-shooter, took down the watch-tower sentry and took full control of it. On the other hand, Sajal and Kabir moved in throwing grenades with Shamsu and Taposh cover firing. The enemy regiment retreated with heavy losses only to attack again with reinforcements.

Now, Shamsu Bahini faces a greater challenge to survive as well as hold their ground till the freedom fighter (Mukti Bahini) attacks. It is a fight to death for them and also a fight for honor. 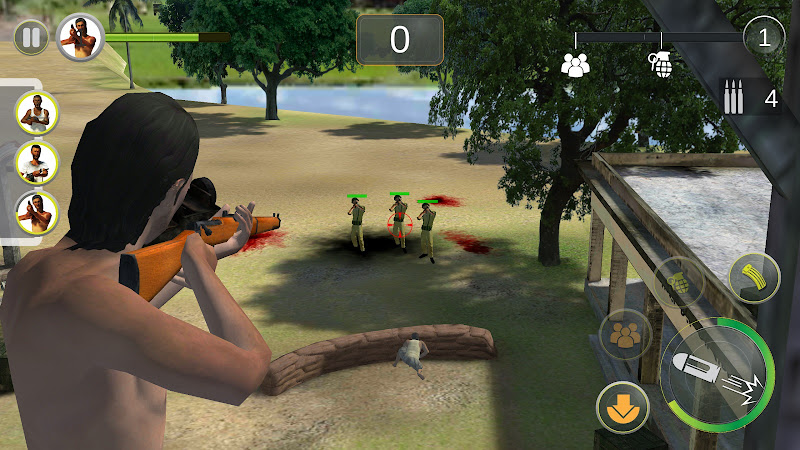 Information on Heroes of 71: Shamsu Bahini:

Are you prepare to defend your motherland & feel the Heroism in you ?