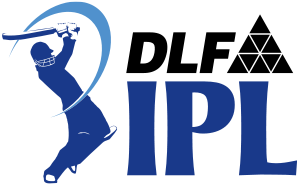 IPL is the biggest T20 cricket league. It can be regarded as the most earning tournament for cricketers & officials. IPL makes a revolution in cricket history. No one ever thinks that a cricketer can earn $1000000+ in a single league but IPL makes the dream come true.

The Indian Premier League (IPL) is a professional T20 cricket league of India. It organize by the Board of Control for Cricket in India(BCCI). It’s headquartered in Mumbai. The league’s Chairman and Commissioner is Rajeev Shukla.’

IPL Season 5 will start from 4th April, 2012. The opening and ending ceremony will be held at Chennai. The auction for IPL season 5 held on 4th Feb, 2012 at Bangalore. Here we see a record bidding. Ravindra Jadeja was sold to the Chennai franchise on the basis of tie-breaker involving a silent bid for USD 2 million dollar. But the sad news is among all the Indian players middle-order batsman VVS Laxman and Punjab medium pacer VRV Singh were unsold.

May 1: Deccan Chargers vs Pune Warriors

May 1: Rajasthan Royals vs Delhi Daredevils

May 8: Pune Warriors vs Rajasthan Royals

May 13: Rajasthan Royals vs Pune Warriors

May 18: Deccan Chargers vs Rajasthan Royals

May 20: Rajasthan Royals vs Mumbai Indians

May 25: Qualifier 2 Winner of Eliminator vs Loser of Qualifier1

NB. If Royal Challengers Bangalore finish as First Placed Team or Second Placed team then they will play in Qualifer 1 in Bangalore on 23-May. The Eliminator will then move to 22-May in Pune.