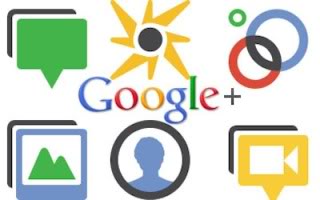 On 20th September,2011 the new social network, Google Plus officially launched. For the last 3 months, Google+ was available as a trial basis. At that time, it was available to users who had been invited by other friends or Google+ users. Google Plus has 25 million active users. On the other hand, Facebook has more than 750 million users and Twitter has more than 175 million.

Google’s Vic Gundotra, a senior vice president for engineering said in his blog post,“For the past 12 weeks we’ve been in field trial, and during that time we’ve listened and learned a great deal”. He also added, “We’re nowhere near done, but with the improvements we’ve made so far we’re ready to move from field trial to beta, and introduce our 100th feature: open sign-ups.“

Google+ lets you do a few things that you can’t do on other social network.

Hangouts are a form of video conferencing in which up to ten users can turn on their webcams and chat online. It’s like a group webcam chat. On mobile devices, hangouts are text-based Huddles.

Sparks is an integration with Google’s search engine that shows content and makes finding articles to share easily.

Each of those three things I added is useful. But where Google+ really shines is its use of Circles. These represent social circles and they provide a way to group different kinds of contacts together. Google+ starts members with Circles for Friends, Family, Acquaintances and Following but you can then add your own, categorizing your relationships to the people you know on Google+. It’s a great innovation and one which reflects the way we relate to people in real life.

On the launching day, Google Plus added some new features which will attract more users:

“Google+ search results include items that only you can see, so family updates are just as easy to find as international news,” the company says.

It’s like broadcasting your video. We know Google’s group video-chat feature is called Hangouts. Now users can broadcast these group chats to the public: “The setup is simple enough: just start a normal hangout, and you’ll have the option to broadcast and record your session. Once you’re ‘On Air,’ up to nine others can join your hangout and anyone can watch your live broadcast,” Google’s blog post says.

Finally, I’ll place Google+ as a rising star within a social media marketing site. What’s your opinion about the uprising Google+