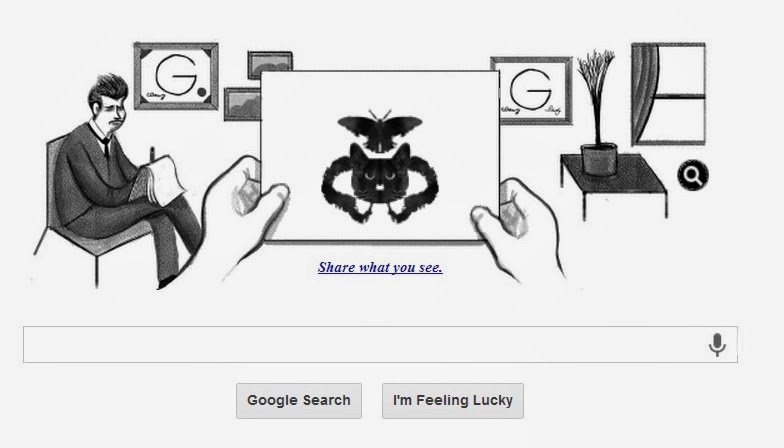 Have you seen today Google Doodle? On 8th November, Google is celebrating 129th birthday of famous Freudian psychiatrist Hermann Rorschach. He is famous for his inkblot test. 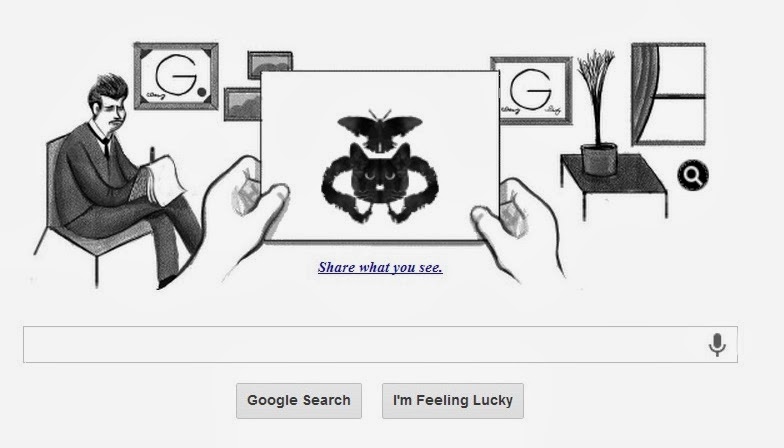 The doodle is in black and white. It looks like cartoon version. In the Doodle, we see the renowned psychoanalyst is sitting on chair with a notepad and pen. You’ll also see a simple inkblot in front of the screen which changes ach time you click.

Hermann Rorschach was born on 8 November 1884 in Zurich, Switzerland. In childhood, he was known as the lover of klecksography (art of turning inkblots into recognizable images). Later he build his career on psychiatrist.

In high school, Rorschach wrote a letter to German biologist Ernst Haeckel requesting his help in art of science. Haeckel suggested to take science and then Rorschach immediately moved to University of Zurich. Then he learned under the direction of psychiatrist Eugen Bleuler. He helped him to remind the interesting of inkblot paintings.

Rorschach wondered why people amazed to see inkblots paintings. He started working deeply on it & started showing the artworks to children.

Rorschach wrote a book – Psychodiagnostik. It  describes how inkblot tests can be effectively used in psychoanalysis.

Rorschach died at the age of 37. But his work still remembered worldwide.