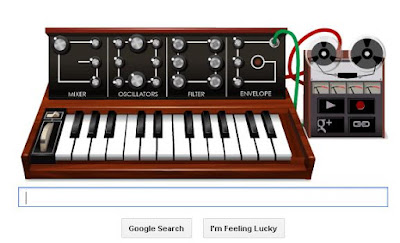 In this Google doodle you’ll see a virtual synthesizer. It allows users to create music by clicking the keys. The doodle also allows users to play with the settings of the keyboard to compose and record music so that users can play them later. (This Google Doodle works appropriately in Google Chrome)

Robert Arthur Moog, commonly called Bob Moog was an American pioneer of electronic music, best known as the inventor of the Moog synthesizer.

So see the Google Doodle & create your own music 🙂

Here is another exclusive Google Doodle: