Recently Google Doodle celebrates Audrey Hepbun birthday. But today did you search on Google Germany? There is an awesome Doodle showing respect on Sophie Scholls 93rd Birthday. She is the greatest heroine of all time in Germany.

Sophia Magdalena Scholl was born in 9 May, 1921 in Germany & died on 22 February, 1943. She was regarded as the greatest German revolutionary. She was an active participant in the White Rose non-violent resistance group in Nazi Germany. She was convicted of high treason after having been found distributing anti-war leaflets at the University of Munich with her brother Hans. As a result, they were both executed by guillotine.

Scholl also regarded as one of the great German heroes who actively opposed the Third Reich during the Second World War. 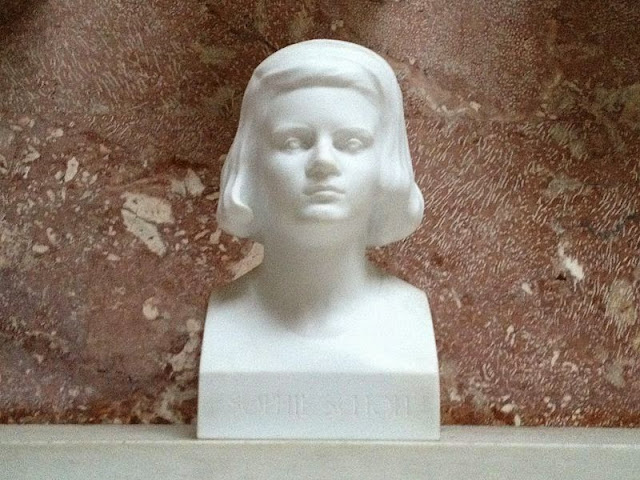 So what do you think about this Google Doodle? Do you like it?